FOX 2012 Holiday Gift Guide:
For Everyone in the Family!

If you’re stumped on what to get for your family this holiday season, look no further! With a whole slew of titles from Twentieth Century Fox Home Entertainment, you’re sure to find something to please every member of your family, no matter their tastes. Choose Glee: The Complete Third Season for your music-loving kin, Ice Age: Continental Drift for a comedy-loving youngster, Modern Family: The Complete Third Season for those wry, discerning adults, or The 25th Anniversary Blu-ray of The Princess Bride to watch during a cozy night in with the whole family
For Mom

All the Bonds.  All the girls.  All the action.  All in high-definition.  This year marks James Bond’s monumental Golden Anniversary with the release of Bond 50, the complete Bond experience showcasing all 22 classic films on Blu-ray together for the first time ever, neatly packaged into one cool, sleek collectable box-set. The BOND 50 collection also provides two all-new pieces that spotlight the history of 007.  “The World of Bond” takes a look at the style and attitude that is signature to Bond; pulling together the cars, the women, the villains and the music that have been a staple of these films for the past 50 years.  “Being Bond” profiles the six distinguished actors that have had the honor of portraying 007.

Other titles for Dad! 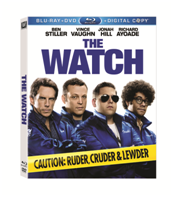 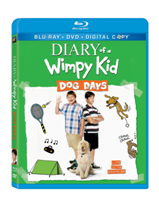 Diary of a Wimpy Kid: Dog Days
Join Greg, Rowley, and all your other favorite characters from this series as they try and make the most out of their summer – without getting into too much trouble of course! 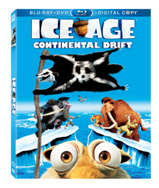 Nothing says “winter” like a snowy winter wonderland! Sub-zero heroes Manny, Diego, and Sid embark upon a high-seas adventure after their continent is set adrift.  Using an iceberg as a ship, they encounter sea creatures and battle pirates as they try to reunite with their herd.  In the wake of these upheavals, Sid reunites with his cantankerous Granny, and the herd encounters a ragtag menagerie of seafaring pirates determined to stop them from returning home.

The epic story of Hiccup, Toothless and his fearless friends continue as a television series, with 4 explosive episodes filled with all-new adventures and exciting, never-before-seen dragons.
FOR THE WHOLE FAMILY 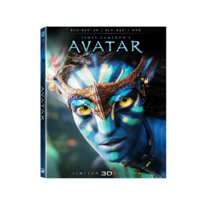 Avatar Blu-ray 3D
The world of Pandora has never looked better when, for the first time ever, fans will be able to welcome James Cameron’s global box office sensation into their homes in stunning 3D high-definition 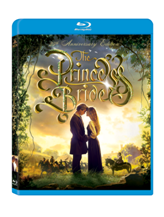 We are giving one lucky reader the Dragons: riders of Berk Dvd Yay!

To Enter:
Fill out form below

Our DVD play broke. SO we are getting a new one for Christmas. So this would be super cool.

lots of good movies for the family,my daughter doesnt have cable so they jsut watch movies

We havent seen Riders of Berk yet but we really want too! Thanks for the giveaway :D

Baby Annabell is a complete winner for me. Every little girl is most likely going to fall in love with this very realistic baby, she makes all the sounds babies make and you can feed her too.

She comes with extras like diapers, pretty little outfits, and you can even get her the vintage pram.
I amazed my daughter last Christmas, she loved it more than words can say.

visit http://www.smythstoys.com for a wide variety of toys for this Christmas.