Monte Carlo coming to Bluray and DVD on Oct.18th 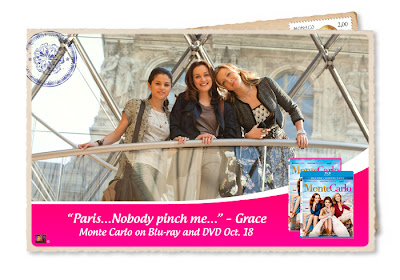 To celebrate the upcoming release of the family film starring Selena Gomez Monte Carlo to Blu-ray and DVD Oct. 18 I wanted to share two very cute postcards you can click on them, save them and print them. 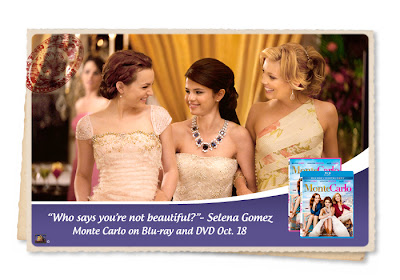 Also I wanted to share a fun little article that kind of goes with the movie and help bring back fun memories of other great movies.

Your chance to win the DVD debuting Oct. 18!
In the Selena Gomez flick, Monte Carlo, Grace and Meg are forced to travel across the world together to bond as stepsisters. The two are not happy with the arrangement, but go along with the deal for their parents. Here we explore the best movies about sibling rivalry and family clashes.
Selena Gomez stars in Monte Carlo as Grace, a recent college graduate who is ready to live out her idea of a perfect vacation with BFF Emma (Katie Cassidy) to Paris. After several twists and turns, including her unhappy stepsister Meg (Leighton Meester) joining them on the trip, Grace falls into a fairytale of her very own in the French Riviera.
1)    America’s Sweethearts 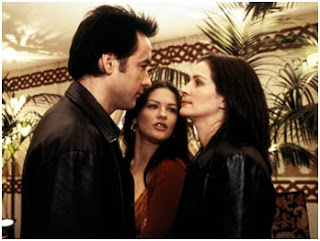 America’s Sweethearts tells the story of one sibling’s position in the limelight and the other’s position in her shadow. When ‘American’s Sweethearts’ Gwen Harrison (Catherine Zeta-Jones) and Eddie Thomas (John Cusack) separate after Gwen is discovered to be having an affair, Eddie has a nervous breakdown. Gwen’s sister and assistant Kiki is used to being insignificant but Eddie is drawn to her. The story comes to a head when Gwen declares that they are back together to look good in front of the press, but Eddie does not go along with her story and his true feelings are revealed.
2) My Big Fat Greek Wedding 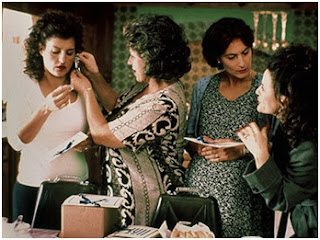 Toula (Nia Vardalos) is 30 and the only woman in her family who has not settled down with a Greek husband and made a family. Instead, she is stuck working in the family restaurant and feels inadequate compared to her seemingly perfect sister, Athena. Her mother Maria encourages her to take computer classes at college, enabling her to work in a travel agency. It is there that she meets Ian (John Corbett), a handsome English teacher. After dating for a while they decide to get married, to the dismay of Toula’s family. They eventually accept him, but not before he endures Toula’s family’s ‘help’ in more ways than one.
3) 16 Candles 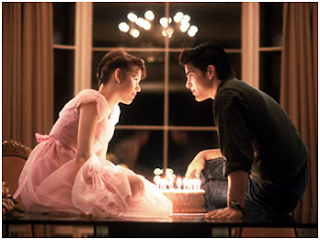 Sam Baker‘s (Molly Ringwald) 16th birthday is completely forgotten by her family as her older sister Ginny is getting married the next day. Things are not helped by her huge crush on the older and more popular Jake Ryan. As if things couldn’t get any worse, without her knowing, a note meant for a friend expressing her love for him has found its way into Jake’s hands. All is not lost in the end, as her family apologizes for forgetting her birthday over her sister’s wedding, and Sam and Jake share a special moment...over 16 candles.
4)                The Parent Trap (1998) 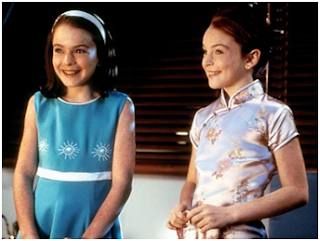 Annie and Hallie (both played by Lindsay Lohan) are twins separated at birth...until their parents unknowingly enroll them both at the same summer camp. After seeing each other’s faces at the same time after a fencing match, a rivalry erupts between them, leading to pranks that eventually get out of hand and cause them both to be isolated from the rest of the camp. It is during this time that they realize they are twins and agree to teach the other how to be like her in order to switch places. They create a plan to split their father from his gold-digger fiancé and reunite their parents.
5)                Monte Carlo 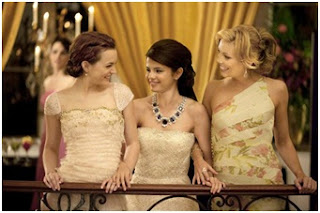 While on vacation with her BFF and stepsister, Grace (Selena Gomez) is mis-identified as British heiress Cordelia Winthrop Scott who is in Monte Carlo for several important appearances. These events are leading up to a huge auction raising money for charity that the spoiled Cordelia must be at, even if Grace must pose as her for the show to go on.
What’s Grace’s stepsister’s name in Monte Carlo?
o   Meg
o   Anne
o   Tracey
Follow Twentieth Century Fox Home Entertainment on: Twitter @FoxHomeEnt
Posted by collyn23 at 5:14 PM